PDE and ARE Program Perspectives: Meet the drone that can fly, drive and swim 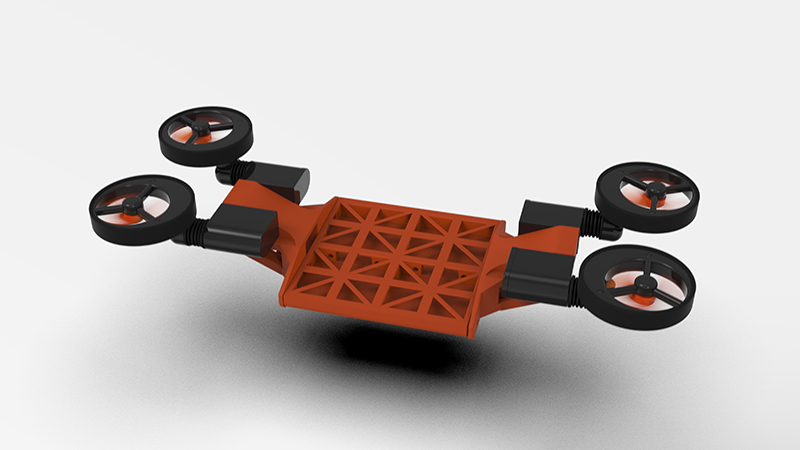 Predicting the future is hard. Even when we get it right, it is notoriously difficult to forecast how an invention will actually be used. Product Design Engineering (PDE) and Automotive and Robotics Engineering (ARE) Programs in Binus ASO School of Engineering equips the students toward their future, to anticipate the Vulnerability, Uncertainty, Complexity and Ambiguity (VUCA) environment in their coming futures.

Constant video chats were a staple of forward-looking sci-fi, for example. Now we have the technology, but phone calls and messages are still the dominant modes of communication. And who saw the glowing filters and overlaid ‘stickers’ coming?

Another sure-fire inclusion in any vision of the future is a massive increase in flying robots, flitting in and out of buildings and soaring overhead. Now we live in a world with the drones and data connections needed to make that happen, but other factors like energy density get in the way. One intriguing new device could make that future a reality.

The Cyclopter is a multi-purpose drone with an unusual feature – propellers that are built into wheels. The ‘fly-drive’ system could see the drone access previously inaccessible areas, staying on the ground most of the time before extending propellers and taking off.

One intriguing suggestion from developer Cyclopic is using it as a cargo robot. The machine would use its wheels to drive around a factory or warehouse floor before transforming into drone mode for a quick flight, up to a high shelf or over an obstacle.

“Nobody else seems to be doing that at the moment,” says designer Alan Rallings. “There are lots of drones with wheels on that land on the ground and then roll along with a separate motor system, but this is going to be all electronic.” The Cyclopter is in the “very early stages,” he adds, and the London start-up aims to have a prototype early this year.

The drone would use adapted versions of the company’s hollow wheels, which could include propellers within them thanks to the lack of usual parts such as spokes.

Four drive units would have electric motors connected to right-angled drives going into the hollow wheels, which contain electrically driven lift rotors. The units would be placed within the chassis for steering in any direction and 360º rotation on the spot. Cyclopic also says they will include height adjustment and suspension.

Energy density is a key concern – and one of the reasons why drones have not reached the omnipresent status predicted in science fiction. The Cyclopter’s fly-drive system could offer a solution, however.

Rallings says the machines could recharge through induction while on the floor, keeping them charged and minimising downtime. Drones used in warehouses could even run on ‘Scalextric-style’ tracks most of the time, constantly feeding batteries in the chassis.

The Cyclopter’s versatile modes of movement and the company’s flexible vision mean the drone could be used in much wider applications in future, claims design engineer Rishi Haraniya.

“It could be for inventory, it could be medical, it could be surveillance or for marine use as well – the propellers could work in water. So you have the land, air and sea,” he says. “There isn’t anything like this so far.”

It is an ambitious vision – some might think too ambitious. But imaginative engineering helps bring sci-fi visions to life and makes the everyday exciting.

Sometimes the future comes in unexpected – even weird – packages.

Content published by Professional Engineering does not necessarily represent the views of the Institution of Mechanical Engineers.