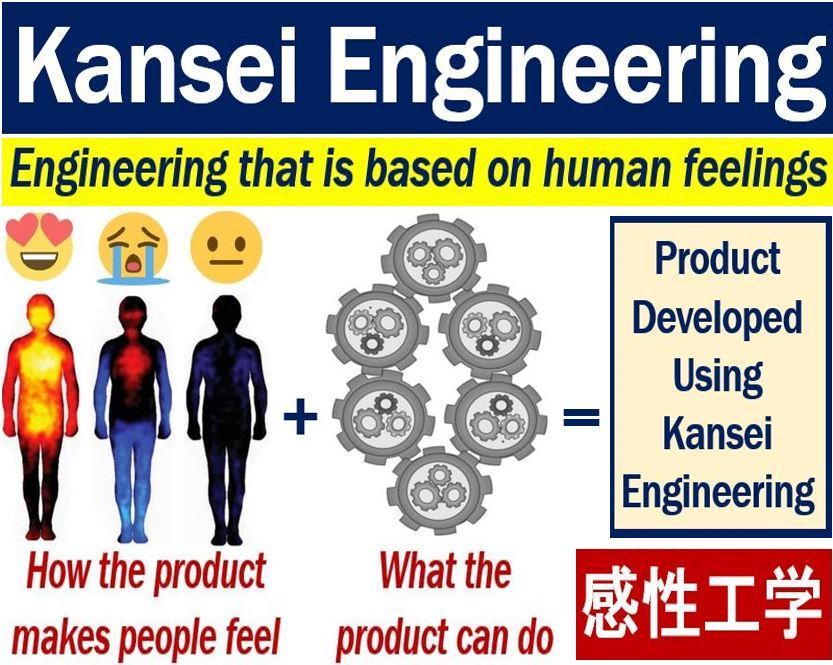 Ergodesign journals through the scholar works of Lee et al, in their articles in 2016, indicate that The Kansei Engineering (KE) is originated from Japan and was coined by Professor Mitsui Nagamachi. He sought to interpret feelings and preferences of the users in the development of products for the industry. Furthermore, based upon Nagamachi (1995), KE methodology complies three important points, which are:

Kansei Engineering has several names as its alternative of naming, as illustrated in the following figure. Subsequently, from its words the Kansei Engineering, in particular the word Kansei, has its etymology term as illustrated in the following figure.

In that etymology, “Kansei” relates the holistic harmony of five basic senses – sight, sound, smell, touch and taste. Precisely, all those senses interact with personal values, ethics and emotions.  It is a word encompasses the meanings of related words as sensitivity, sense, sensibility, feeling, aesthetics, emotion and affection. Its purpose is to find the structure of emotions which exist beneath human behaviors, known as individual’s Kansei.

To illustrate furthermore, the following video enhances the understanding of Kansei Engineering and its applications: